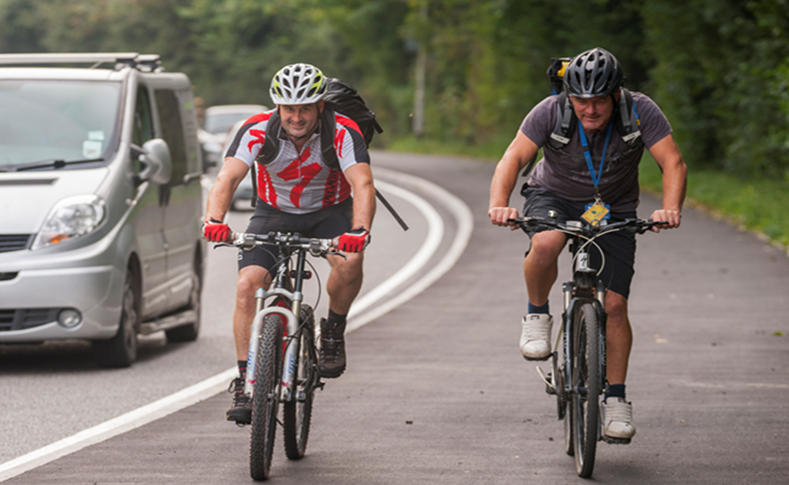 Now is the time to get cycling in the Peninsula.
Large numbers of people have been getting out and about on their bikes to get their daily exercise via lockdown and yet more are now using their bike to get to work.
Peninsula Transport Chairman, Cllr Geoff Brown says: ”The tragic events of the last few months have taken a terrible toll on people but getting out to exercise has been key to people staying positive. So many people have wheeled their bicycle out of storage or bought a bike for the first time. I’ve been heartened to see so many cyclists out and about and I’m really hopeful that this represents a sea change in the way we travel both for pleasure and for work.
“We have some great cycle trails across the peninsula such as the Camel Trail in Cornwall, the Exe Trail in Devon and the Taunton to Bridgewater Canal trail where people can get on their bikes and develop their confidence in safety. We also have miles of bike lanes in our towns and cities to encourage people to cycle to work. There’s also been a lift in the number of people I’ve using e-bikes which given the terrain of the Peninsula and the rural nature of some parts provide a practical option for those needing to travel longer distances.”
National Bike Week is organised by Cycling UK who have plenty of ideas to get people cycling. In addition, the five transport authorities that makeup Peninsula Transport (Cornwall Council, Devon County Council, Plymouth City Council, Somerset County Council and Torbay Council are all busy encouraging people to get on their bikes during this special week.
Peninsula Transport is at the early stage of developing a Transport Strategy for the Peninsula and cycling will play a key part in helping reduce carbon emissions and improving the health of residents.